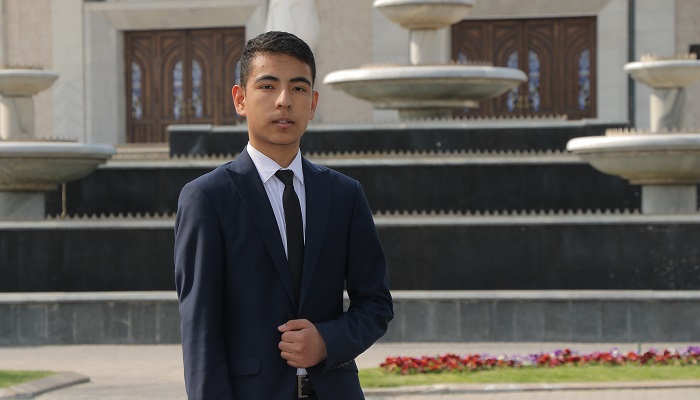 Insho mavzusi: How could Uzbekistan society be influenced and inspired by Japanese
culture, work ethics and economy

There are such things that are unique in every person, country and culture. By establishing and implementing the positive sides of them, non-developed and developing states can achieve phenomenal results. In fact, Japanese certain features, including its cultural uniqueness, ethical behavior in workplaces and a strong economy are the aspects that the community of Uzbekistan can take as a role model for itself. In this critical-analytical essay, the peculiarities of Japanese culture, punctuality and responsibility in workplaces, Japanese economic miracle and how those advantages can be established in my motherland will be provided in detail.

First of all, since both countries Japan and Uzbekistan are situated in Asia, the establishment of some cultural features will not be a problem because the character and personality of people are quite similar. One of the most vital characters of Japanese culture that I want to emphasize is patriotism. From history, it is known that Japanese citizens and soldiers were so patriotic that they were consent to even death for the fate of their country which is commendable without any doubt. The major contributing factor for achieving those fantastic results is the education system, I think. Because the primary education and subjects taught in this period play a huge role in the upbringing of spiritually mature individuals. For example, Japan’s primary school curriculum is divided into three main categories: compulsory subjects, moral education and special activities. Specifically, moral education is intended to teach students to respect one another and the environment, to understand the importance of life, to respect the rules of society and to learn general self-control. As it is clear from the above-mentioned information, moral education is an inseparable part of the school curriculum in primary schools which is extremely essential in every society, particularly in Uzbekistan.

Secondly, I can state that Japanese people possess other traits such as dependability, respectfulness, productivity and collaboration, among others in places they are working. Take the example of napping in the office which is common and culturally accepted in Japanese companies. The word for it is “inemuri.” It is often translated as “sleeping on duty or sleeping while present.” According to a study by the University of Colorado at Boulder, this type of working system not only increases proficiency and productivity rate significantly but also can boost your memory, reduce stress and improve concentration. Furthermore, I strongly appreciate their attitude and loyalty towards the job they are enrolled in. In other words, they possess “iron” disciple in workplaces. They do not return to their houses without finishing their job, they feel responsibility and rarely use the word “I will do it tomorrow” or they do not procrastinate. Consequently, they save their valuable time instead of wasting it on nonsense.

Thirdly, it is important to note that although Japan is poor in natural resources and due to disasters, such as earthquakes which make things difficult, the Japanese economy is the third-largest in the world by nominal Gross domestic product (GDP) and the fourth-largest by purchasing power parity (PPP). The reason for this result is focusing on manufacturing automobiles, high-tech and precision goods. If you are going to ask the question “Why are the goods of Japan considered as bestsellers?”, one will definitely respond that they are qualitative and durable. Uzbekistan should create a brand of its products and start trading them on the world market taking the aforementioned into account.

From what has been discussed, one can make it clear that traditional friendship and mutually beneficial cooperation between Uzbekistan and Japan is at the highest peak than ever before. I can say confidentially that the main reason for the Japanese economic miracle is the people (society) of Japan and currently the main power of Japan is its population too. I am more than sure that Uzbekistan can also become an economically, culturally and ethically powerful state if the above-stated perspectives are taken into consideration. We, the young generation of Uzbekistan, will do our best in order to make our country the first in the world. And the JACAFA Scholarship Program is a great opportunity for us to discover, learn Japanese culture thoroughly and reach our goals.